The Travelers Science Dome at the Gengras Planetarium is home to a small animation
studio. Here, the staff create full dome, immersive animations for use in planetarium
programming. Our planetarium is one of the only institutions in New England that is
actively producing its own original full dome animation.

The Children’s Museum was awarded a grant from NASA in 2009 for the Blue Planet
Red Planet Project. A portion of this funding was dedicated to helping the planetarium
acquire animation and video production software, as well as a small bank of rendering
computers. With this new equipment, the planetarium is producing its own full length
planetarium show “From the Blue Planet to the Red Planet.”

“From the Blue Planet to the Red Planet” will be ready for release early in 2013. It will
be available for nation wide distribution. 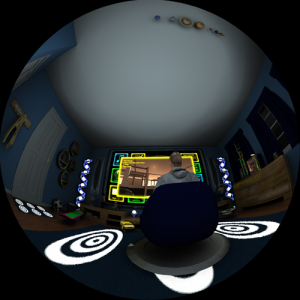 This futuristic bedroom scene was created for “From the Blue Planet
to the Red Planet”. 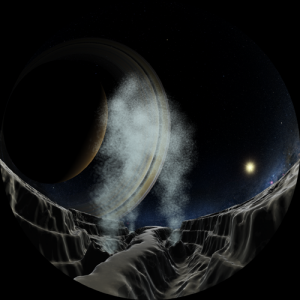 This animation of the ice volcanoes on Saturn’s moon Enceladus is
featured in HomeSchool Astronomy: Exploring the Solar System. 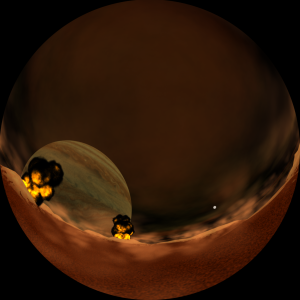 Erupting volcanoes on the surface of Jupiter’s moon Io are also part of
HomeSchool Astronomy: Exploring the Solar System. 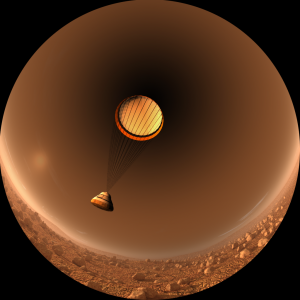 This scene depicts a capsule landing on the Martian surface. It is
transporting astronauts to the surface of Mars in the future. It will be seen in “From the
Blue Planet to the Red Planet.”