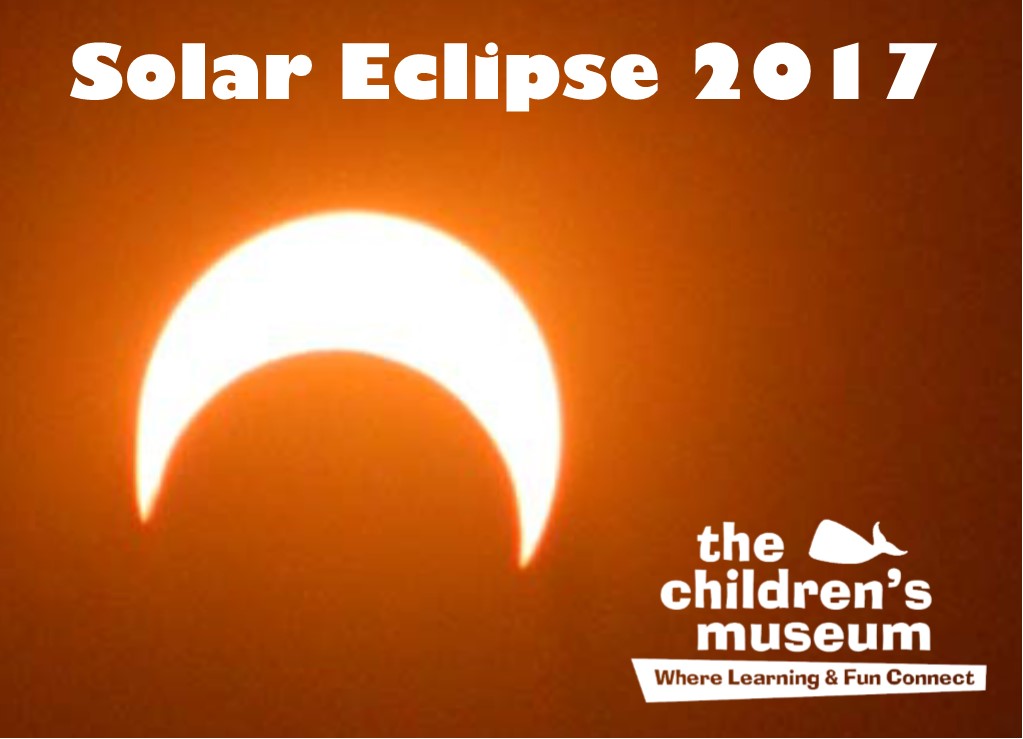 View the Partial Solar Eclipse at The Children’s Museum on August 21, 2017

Weather permitting, a partial solar eclipse will be visible on Monday August 21, 2017, as seen from Connecticut. The Museum will have educators stationed with a special telescope, equipped with safe solar filter, to view the eclipse from 1:20pm-4:00pm. A solar eclipse occurs when the Earth, New Moon and Sun align and the Moon’s shadow “touches” the Earth. As the Earth rotates, the Moon’s shadow traces a path across a portion of the Earth.  Any observers located within the 70-mile-wide path of the shadow (called the path of totality) will witness a total solar eclipse. Observers north or south of the path may witness a partial solar eclipse. This particular eclipse is a partial eclipse as viewed from New England.

The eclipse times for the Hartford area are:

The Children’s Museum will offer eclipse viewing from 1:20 pm – 4 pm, weather permitting. A telescope with a safe solar filter will offer direct viewing of the eclipse. Museum staff will also demonstrate how to observe the eclipse indirectly through pinhole projection. A live web stream of the solar eclipse, as seen from other locations in the U.S., will also be shown during eclipse time. Eclipse viewing is included with general museum admission.

Warning: It is not safe to view the eclipse with the naked eye or with sunglasses!

Below are places where you can purchase or receive free eclipse glasses.